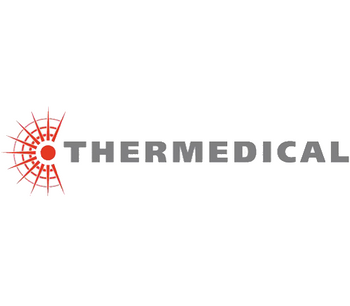 Ventricular Tachycardia (VT) is a complex condition that has many underlying causes, varying degrees of symptoms, and potentially fatal outcomes if not treated effectively.

States and Europe annually, with the majority of those cases being caused by VT or Ventricular Fibrillation (VF).

VT most frequently occurs after a scar has formed from a myocardial infarction (“MI” or heart attack) or other disease and there are intermittent, surviving electrical circuits in the damaged tissue.  Those circuits cause irregular and abnormal conduction, creating an arrhythmia, which is often deadly.

Traditional treatment options assist in managing patients with the disease and in reducing the number of recurrent episodes of VT, but they do not eliminate the underlying arrhythmia or provide a sustainable cure.  These treatment alternatives typically involve the implantation of an Internal Cardioverter Defibrillator (ICD) and the continued use of anti-arrhythmia medications, both of which come with significant side effects and extensive costs to the healthcare system.

Cardiac ablation, typically generated by radio frequency (RF) energy, aims to destroy aberrant circuits in the heart by overheathing them.  RF ablation is an accepted method and is very succussful at treating atrial arrhythmias.  However, treatment of VT requires larger, deeper, lesions within the thicker walls of the ventricles.  Conventional ablation equipment is not optimized to create such lesions, and therefore the ablation for VT is typically a long and complex procedure.  In addition, the treatment is not durable, and approximately half of the patients have at least one recurrence within six months following the ablation.

The Company has demonstrated in preclinical animal trials that the Durablate™ Catheter has the potential to rapidly and safely cure VT.  In these studies the Thermedical Ablation System created large, transmural lesions in the thick walls of the ventricles, even in the presence of an infarct scar, without overheating the tissue closest to the electrode.  These deep, uniform lesions have the potential to provide a successful treatment and cure of VT, which would significantly improve patient outcomes and quality of life.  In addition, this technology would facilitate a shorter procedure time that, when combined with the improved outcomes, will reduce complications and reduce the overall cost of care.

The Company's Durablate™ Catheter, to be used in conjunction with the Thermedical Ablation System, is designed for use in the treatment of VT.  The Durablate™ uses an endocardial approach and has a 25 gauge retractable needle that penetrates the myocardium, enabling treatment from within the scar. The Durablate™ delivers heated saline simultaneous with the application of RF energy in order to create a transmural lesion in the walls of the ventricles.