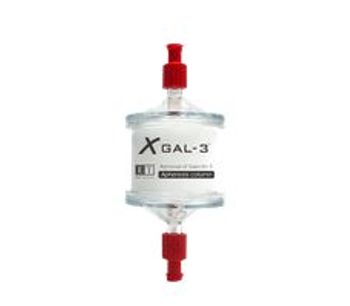 Therapeutic apheresis works to remove degenerative, pro-cancer and pro-inflammatory compounds that contribute to the progression of life-threatening illness— allowing the body a chance to deeply detoxify, while enhancing the effects of other therapies and supporting optimal healing.

A plasmapheresis device includes a column or other flow mechanism in which plasma flows following separation of the plasma from cellular components like blood cells, platelets and the like. The column includes a moiety, such as an antibody, which selectively binds to galectin-3. By removing galectin-3 from the blood stream of a mammal by at least 10%, improvements in the treatment of inflammation, suppression of the formation of fibroses, and a variety of cancer treatments can be effected or improved.

The device provides for multiple columns to remove a variety of elements but includes one which selectively removes galectin-3 from the blood flow. Other agents may be added to the plasma before recombination with the cellular components of the blood, and before returning the recombined flow to the patient.