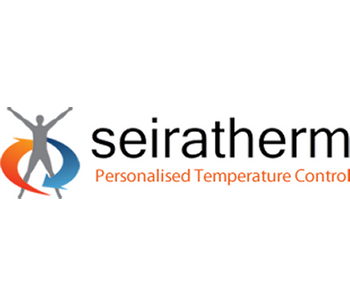 In Europe approximately 300 000 inhabitants suffer an out-of-hospital cardiac arrest each year, of those admitted to hospital with return of spontaneous circulation, the majority are unconscious and will need intensive care treatment. Survival and outcome rates varies between different studies, only 30-55% will be discharged alive and using more detailed scores, cognitive impairment is reported to be present in 50% of survivors, and associated with lower quality of life and increased caregiver strain.

Many interventions have been tested in order to lower mortality and improve neurologic function in patients resuscitated after out-of-hospital cardiac arrest. To date, temperature management is the only intervention with promising results.

The Targeted Temperature Management (TTM1) trial compared 33°C versus 36°C in out-of-hospital cardiac arrest between 2010 and 2013. This trial included 950 participants in 36 hospitals in ten countries and randomised participants to 36 hours of temperature management at either 33°C or 36°C. The number of included participants was twice that of all previously randomised patients combined. The TTM1-trial did not demonstrate any difference in survival until end of trial or neurologic function at six months after the arrest.

This finding is being reflected in the most recent guidelines.

The effects of peripheral-intravenous administration of cold infusion solutions were investigated in numerous clinical studies in different settings – considering the available evidence, the 2015 ERC guidelines state:

In 2010 Larsson et al (Resuscitation. 2010 Jan;81(1):15-9) were able to show that cold saline infusion and ice packs alone are effective in inducing and maintaining therapeutic hypothermia after cardiac arrest.

Thirty-eight patients treated with hypothermia after cardiac arrest were included in this prospective observational study.

This treatment did not result in any clinical signs of right heart failure or pulmonary oedema in any of the patients.

In summary the authors concluded, that:

“Use of cold intravenous saline infusion (4 ◦C) together with ice packs placed in the groins, axillae and along the neck is an effective method for inducing and maintaining therapeutic hypothermia after cardiac arrest with good temperature control even during the rewarming phase. The method is feasible in clinical practice at low cost and should be considered as an alternative to other methods of planned hypothermia treatment.”

Consequently we are enrolling into two clinical studies:

One study investigates whether target temperature management (TTM) of 33°C for 24 h after resuscitation from OHCA can be achieved with the tempedy system in combination with ice packs.

Hence this study is an extended repetition of the Larsson trial, the only difference being, that fluids will not be administered manually with pressurized i.v. bags, but actively controlled and administered via the automated infusion system tempedy.
This should reproce the clincial findings as well as reducing workload for clinical teams (automatic and safe application of fluids according to physician’s prescriptions and body temperature feedback control)

The second study will follow the Larsson trial, but set the target temperature to 36°C (as in the TTM1 treatment arm)