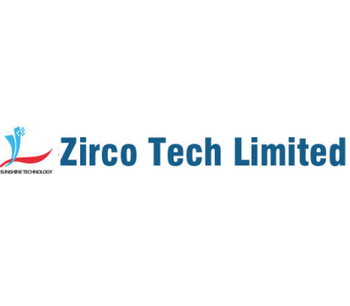 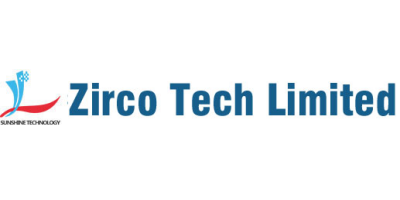 Dialysis is the conventional treatment for chronic renal failure. It is cumbersome, expensive and time-consuming and thus alternate treatments have  been long sought. A compact system consisting of haemoperfusion in series with ultrafiltration can nearly replace dialysis. A urea removal system is the only step required to complete this approach. The potential of combining a microencapsulated enzyme, urease, with an ammonium ion adsorbent, zirconium phosphate, to remove urea was examined in vitro. Urease converts urea to ammonium ions which are then adsorbed onto zirconium phosphate. This combination would be most effective in the intestinal tract. The capacity of zirconium phosphate is probably not enough to affect the removal of enough urea to completely replace dialysis in patients with no renal function. However, this system could potentially delay the onset of dialysis therapy in patients who still have some renal function, either alone or in combination with haemoperfusion-ultrafiltration, and reduce dialysis treatment times.

A combination of acid zirconium phosphate and alkaline hydrous zirconium oxide is utilized as ion-exchange materials, for example, in sorbent dialysis. The combination provides for dialysate regeneration while maintaining constant and controlled levels of Na+, HCO3 −, and pH.

Zirconium phosphate (ZrP) particles and hydrous zirconium oxide (HZO) particles are used as ion-exchange materials and are particularly useful as a sorbent material in regenerative kidney dialysis. Zirconium phosphate in the sodium or hydrogen form serves as a cation exchanger to absorb cations such as ammonium (NH4 +), calcium (Ca+), potassium (K+), and magnesium (Mg2+). In exchange for absorbing these cations, ZrP releases two other cations, sodium (Na+) and hydrogen (H+). Hydrous zirconium oxide in the acetate form acts as an anion exchanger. Thus, it binds anions such as phosphate (P−) and fluoride (F−) and releases acetate (CH3COO−) in exchange. Hydrous zirconium oxide is also an excellent adsorbent for metals, such as iron, mercury, lead, and aluminum.

Current zirconium phosphate (ZrP) based dialysis applications, such as the REDY cartridges, contain a large amount of lattice H+ ions even when it is titrated to a pH range of 5.75-6.45. During sorbent dialysis, these lattice H+ ions of ZrP will react with the NaHCO3 in dialysate causing initial decomposition of bicarbonate to CO2 gas and adsorption of Na+. After depletion of H+ ions and loading up of Na+ in ZrP, progressively, the NH4 adsorption mechanism will then switch to ion-exchange with adsorbed Na+ in ZrP. This will cause increasing release of Na+, accompanied by a rise of HCO3-level, and formation of CO3 2−from urea hydrolysis. Consequently, the use of ZrP alone for sorbent dialysis can cause a variation in Na+, HCO3 −, and pH in regenerated dialysate during treatment.

The REDY (REgenerative DialYsis) system. The REDY sorbent cartridge consists of several layers through which dialysate passes: i) a purification layer consists of activated charcoal; ii) an enzyme layer consists of urease; iii) a cation exchange layer consists of ZrP; iv) an anion exchange layer consists of HZO;  v) and an adsorbent layer again consists of activated carbon.During regenerative dialysis, the used dialysate moves up through the layers of the cartridge. The enzymatic urease converts urea into ammonium carbonate. The ammonia and ammonium ions are then removed by the zirconium phosphate in exchange for H+and Na+ ions. The carbonate from the urea hydrolysis then combines with H+ to form bicarbonate (HCO3 −) and carbonic acid (H2CO3). Carbonic acid is an unstable organic acid; most of it quickly breaks down into water and carbon dioxide molecules (CO2). The HZO (containing acetate as a
counter ion) removes HCO3 −, P−, and other anions (e.g., F− in water), and releases acetate. The activated carbon absorbs organic metabolites such as creatine, uric acid, and nitrogenous metabolic waste of the patient as well as chlorine and chloramines from the water. The CO2 gas bubbles are vented from the cartridge.