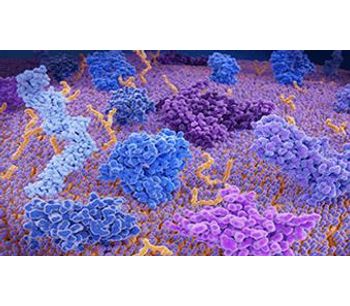 The Reality and Future of Peptide Drugs

It has been said that the 21st century is the century of peptide drugs, and the fate of this substance, which lies between a large protein and a small molecule compound, is bound to be extraordinary.

What are peptide drugs?

Peptides are a class of compounds made up of amino acids linked by peptide bonds and are chemically active substances commonly found in living organisms. According to the International Pharmacological Classification, drugs with more than 100 amino acid molecules belong to protein drugs, while drugs with less than 100 amino acid molecules belong to polypeptide drugs. At present, tens of thousands of peptides have been identified in living organisms, and most of them are physiologically active in various fields such as hormones, nerves, cell growth and reproduction.

Advantages and disadvantages of peptide drugs

Compared with chemical drugs, peptide drugs are more efficient, safer, and more tolerable. At the same time, they also have the advantages of being more selective and less likely to accumulate in the body. However, the disadvantages of peptide drugs are also obvious. Compared to chemical drugs, peptides are physicochemically unstable, susceptible to oxidation and hydrolysis, prone to agglomeration, have a shorter half-life, have a faster clearance rate, do not readily cross cell membranes, and most cannot be taken orally. Therefore, it is necessary to carry out rational design of peptide drugs according to their advantages and disadvantages.

How to rationalize the design of peptide drugs?

First, we must obtain the crystal of the peptide to determine its secondary and tertiary structure. Then, essential amino acids and possible substitution sites are identified by means of alanine substitution, conformational relationships (SAR) and other analytical methods. In this process, if the preparation is a formulation, it is extremely important to identify unstable amino acids, and isomerization, glycosylation or oxidation reactions should be avoided.

Another important aspect of rational peptide drug design is to improve the physicochemical properties of natural peptides, which often have a tendency to be agglomerated and poorly water-soluble. Easily disrupted hydrophobic groups should be avoided in the chemical design, which can be achieved by substitution or N-methylation on specific amino acids. If there are solubility problems with peptide drugs, attention should be paid to the charge distribution, isoelectric point of the peptide, and the pH of the formulation. Other methods can also be used to improve the stability of peptides, such as the introduction of stable alpha helices, the formation of salt bridges, or other chemical modifications such as lactam bridges.

In general, the circulating plasma half-life of natural peptides is short. Therefore, several techniques to extend the half-life have been developed. One technique is to limit enzymatic degradation by replacing sites in the peptide that are susceptible to enzymatic cleavage with other amino acids. The protective enzyme cleavage site can also be obtained by enhancing the secondary structure of the polypeptide, such as inserting probes or forming cyclic peptides.

The second method is to bind the peptide to albumin, which prolongs the half-life of the peptide drug and reduces the frequency of use of the drug, and Liraglutide, which applies this method, is one of the successful examples. The third method is the modification of peptides. The technology of modifying peptides with polyethylene glycol (PEG) is well established and several protein peptide drugs have been successfully marketed after modification, such as PEG-modified interferon. However, due to safety and tolerability considerations, polyethylene glycol is no longer the primary choice for injections.

The application of an implantable device to deliver drugs into the body has been proposed. An osmotic pump delivery system can be used to administer the drug to patients once a year. This approach opens up a completely new pathway for the release of peptide drugs, which could address patient convenience and compliance.

It has been found that the use of substances such as algae, sucrose, maltose and glucose as excipients increases the solubility and in vivo stability of the peptides. The surfactant sodium n-dodecyl sulphate (SDS) has been shown to enhance the transmembrane ability of the peptides. Nanotechnology is a promising technology for peptide drug formulations. For example, nanoparticles, liposomes and micelles can better protect the drug from degradation. At the same time, some nano-targeted agents can reduce the side effects of the drug.

The market for peptide drugs

The last decade has witnessed the widespread use of peptides in medicine and biotechnology and therapeutics, and the research of therapeutic peptides has been in full swing. For example, global sales of Abbott Laboratories's peptide drug Lupron, which has a very good therapeutic effect on prostate cancer, and its global sales in 2011 exceeded US$2.3 billion. In addition, Sanofi's Lantus had annual sales of US$7.9 billion in 2013.

No comments were found for The Reality and Future of Peptide Drugs. Be the first to comment!