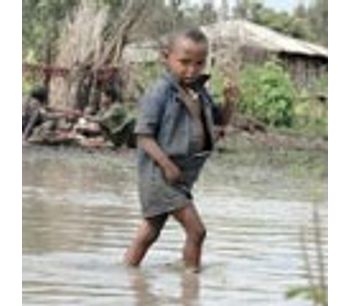 African health and environment ministers attending a United Nations-sponsored conference which concluded this week in Gabon have agreed to form an alliance to try to reduce environmental threats to human health and well-being. The Libreville Declaration, named after the Gabonese capital where the four-day conference was held, commits governments in the region to take measures to stimulate the necessary policy, investment and institutional changes so that synergies between health, environment and other fields are maximized.

The text of the declaration was decided after participants concurred that the root causes of environmental degradation can be found in social and economic problems such as poverty, inequality of wealth, the debt burden and unsustainable production and consumption behaviours.

Delegates noted that these problems can lead to the proliferation of diseases and conditions including malaria, tuberculosis, cholera, typhoid, bronchitis and asthma.

Luis G. Sambo, the Regional Director of the UN World Health Organization’s (WHO) African office, welcomed the declaration, saying it should serve as a catalyst for necessary political and institutional action.

“The signing of this landmark declaration is the first step towards saving the lives of millions of people from the harmful effects of changes in the environment,” Dr. Sambo said.

No comments were found for African officials agree to reduce environmental threats to health. Be the first to comment!