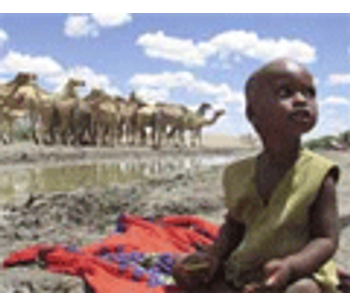 The World Health Report 2008, launched recently, critically assesses the way that health care is organized, financed, and delivered in rich and poor countries around the world. The WHO report documents a number of failures and shortcomings that have left the health status of different populations, both within and between countries, dangerously out of balance. “The World Health Report sets out a way to tackle inequities and inefficiencies in health care, and its recommendations need to be heeded,” said WHO Director-General Dr Margaret Chan at the launch of the report in Almaty, Kazakhstan. “A world that is greatly out of balance in matters of health is neither stable nor secure.”

The report, titled Primary health care – now more than ever, commemorates the 30th anniversary of the Alma-Ata International Conference on Primary Health Care held in 1978. That event was the first to put health equity on the international political agenda.

Striking inequities
In a wide-ranging review, the new report found striking inequities in health outcomes, in access to care, and in what people have to pay for care. Differences in life expectancy between the richest and poorest countries now exceed 40 years. Of the estimated 136 million women who will give birth this year, around 58 million will receive no medical assistance whatsoever during childbirth and the postpartum period, endangering their lives and that of their infants.

Globally, annual government expenditure on health varies from as little as US$ 20 per person to well over US$ 6000. For 5.6 billion people in low- and middle-income countries, more than half of all health care expenditure is through out-of-pocket payments.

With the costs of health care rising and systems for financial protection in disarray, personal expenditures on health now push more than 100 million people below the poverty line each year.

Vast differences in health occur within countries and sometimes within individual cities. In Nairobi, for example, the under-five mortality rate is below 15 per 1000 in the high-income area. In a slum in the same city, the rate is 254 per 1000.

Health systems lose focus
Data set out in the report are indicative of a situation in which many health systems have lost their focus on fair access to care, their ability to invest resources wisely, and their capacity to meet the needs and expectations of people, especially in impoverished and marginalized groups.

As the report notes, conditions of “inequitable access, impoverishing costs, and erosion of trust in health care constitute a threat to social stability.”

To steer health systems towards better performance, the report calls for a return to primary health care, a holistic approach to health care formally launched 30 years ago. When countries at the same level of economic development are compared, those where health care is organized around the tenets of primary health care produce a higher level of heath for the same investment.

Such lessons take on critical importance at a time of global financial crisis.

“Viewed against current trends, primary health care looks more and more like a smart way to get health development back on track,” said Dr Chan.

As initially articulated, primary health care revolutionized the way health was interpreted and radically altered prevailing models for organizing and delivering care. It represented a deliberate effort to counter trends responsible for the “gross inequality” in the health status of populations.

Increasing relevance of primary health care
In calling for a return to primary health care, WHO argues that its values, principles and approaches are more relevant now than ever before. Several findings support this conclusion. As the report notes, inequalities in health outcomes and access to care are much greater today than they were in 1978.

In far too many cases, people who are well-off and generally healthier have the best access to the best care, while the poor are left to fend for themselves. Health care is often delivered according to a model that concentrates on diseases, high technology, and specialist care, with health viewed as a product of biomedical interventions and the power of prevention largely ignored.

Specialists may perform tasks that are better managed by general practitioners, family doctors, or nurses. This contributes to inefficiency, restricts access, and deprives patients of opportunities for comprehensive care. When health is skewered towards specialist care, a broad menu of protective and preventive interventions tends to be lost.

WHO estimates that better use of existing preventive measures could reduce the global burden of disease by as much as 70%.

Inequities in access to care and in health outcomes are usually greatest in cases where health is treated as a commodity and care is driven by profitability. The results are predictable: unnecessary tests and procedures, more frequent and longer hospital stays, higher overall costs, and exclusion of people who cannot pay.

Fragmented health care
In rural parts of the developing world, care tends to be fragmented into discrete initiatives focused on individual diseases or projects, with little attention to coherence and little investment in basic infrastructures, services, and staff. As the report observes, such situations reduce people to “programme targets.”

Above all, health care is failing to respond to rising social expectations for health care that is people-centred, fair, affordable and efficient.

A primary health care approach, when properly implemented, protects against many of these problems. It promotes a holistic approach to health that makes prevention equally important as cure in a continuum of care that extends throughout the lifespan. As part of this holistic approach, it works to influence fundamental determinants of health that arise in multiple non-health sectors, offering an upstream attack on threats to health.

Primary health care brings balance back to health care, and puts families and communities at the hub of the health system. With an emphasis on local ownership, it honours the resilience and ingenuity of the human spirit and makes space for solutions created by communities, owned by them, and sustained by them.

Primary health care also offers the best way of coping with the ills of life in the 21st century: the globalization of unhealthy lifestyles, rapid unplanned urbanization, and the ageing of populations. These trends contribute to a rise in chronic diseases, like heart disease, stroke, cancer, diabetes and asthma, that create new demands for long-term care and strong community support. A multisectoral approach is central to prevention, as the main risk factors for these diseases lie outside the health sector.

The report says that health systems will not naturally gravitate towards greater fairness and efficiency. Deliberate policy decisions are needed. The evidence and arguments set out in the report should help in this task.

“We are, in effect, encouraging countries to go back to the basics,” said Dr Chan. “Thirty years of well-monitored experience tell us what works and where we need to head, in rich and poor countries alike.”

No comments were found for World Health Report calls for return to primary health care approach. Be the first to comment!