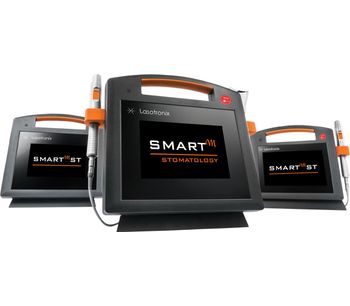 Broadest range of applications – wide selection of treatment accessories. Simple and intuitive operation. Extensive database of procedures with the possibility of their modification and assignment to the patient. Greater precision of procedures with limited invasiveness for tissues. Fast diagnostics. Eliminating bacteria without antibiotics. Pain reduction. Stress-free treatment. Lowest operating costs.

A Brief History of Laser Therapy

The sun and sunlight have always been associated with health, well-being and vitality. Even in ancient Greece and ancient China, staying in the sun and looking at it was recommended as part of therapy. There were special temples – called ‘hospitals’ – with rooms painted in different colors. Patients were housed in appropriate rooms depending on the disease they suffered from. In India, before exposing a sick person to the sun, their body would be lubricated with vegetable oils.

At that time, there was no scientific evidence to support the beneficial effects of light on health, but it was considered an indisputable fact and was effectively used in therapy. It is now known that the human body converts light into electrochemical energy, which activates a number of biochemical reactions in cells causing a therapeutic effect.

The use of solar radiation for treatment was also popular in the 19th century. The discovery of the benefits of heliotherapy is credited to Danish physician Niels Ryberg Finsen, who researched ways to use light in medicine, for which he received the Nobel Prize in 1903. He suggested sun treatment for skin diseases (including lupus vulgaris). In the 20th century, artificial radiators like therapy lamps and other devices, emitting different types of radiation, were introduced. Before the invention of certain drugs (including antibiotics), irradiation, ultraviolet radiation in particular, was widely used. Nowadays, so-called phototherapy refers to the use of specific, narrow ranges of radiation and the use of photosensitizers. In the 1960s, laser therapy – irradiation with laser radiation – began to be used.

Practitioners and researchers started exploring clinical applications of CO2 and Nd:YAG medical lasers for oral soft tissue procedures in the 1980s, when the first pulsed Nd:YAG laser designed specifically for the dental market was released. In 1997, the FDA approved the first true Er:YAG laser for hard dental tissue, followed a year later by Er,Cr:YSGG laser. At the end of the 1990s, semiconductor-based diode lasers also appeared on the market.

In dentistry, lasers are used in periodontics, endodontics, dental surgery, diagnostics, teeth whitening, root canal sterilization, etc. Some dentists use lasers to, for example, stop bleeding in the treatment area. Stimulation with a laser can speed up the healing process of mucosal lesions. These devices are also often used for frenectomy. This type of procedure is less invasive and painful for the patient, and the wound heals much faster. The laser has anti-inflammatory, analgesic, and anti-swelling effects, as well as promotes healing and stimulates microcirculation. Performing laser surgery causes no bleeding and requires little or no anesthesia.

The word ‘laser’ is the acronym for Light Amplification by Stimulated Emission of Radiation.

Why is there no single wavelength?
SMARTMST diode laser uses five mutually complementary wavelengths (405nm + 635nm + 808nm + 980nm + 1064nm) creating the most comprehensive device of this type that can be applied in every dental office. The 635nm wavelength applied in SMARTMST laser uses high transmission in water and thus demonstrates excellent photobiological effects. This wavelength is also optimized for photochemical effects and local ozone therapy through toluidine blue activation.

The 980nm wavelength at low medium and high power densities has applications in thermal procedures that require high precision such as microsurgery, vaporization and coagulation. For the 980nm wavelength, the effects of excision or vaporization of tissue are also the fastest compared to other lasers used in surgical practice such as 808nm or 1064nm. In addition, the 980nm wavelength at high medium and low power densities can be used to perform medical whitening procedures. The 980nm and the 1064nm wavelengths combined together are widely used for thermal therapy of joint, tendon and muscle pain. Pain therapy can be performed together or independently with each of the lasers. Moreover, the 1064nm wavelength at low medium and high power densities is used in endodontic procedures, where it works well for reducing bacteria from the system of root canals (so-called root canal disinfection), in periodontology to disinfect gingival pockets, and in the reduction of pathogens located in the epithelial tissue (so-called de-epithelization of the epithelial attachment).

Downloads related to this product

No reviews were found for SMARTM - Model ST - Stomatology Laser Technology. Be the first to review!